Kingdom Games and the Northeast Kingdom Open Water Swimming Association are pleased to announce the 2016 Schedule of Swims in northern Vermont and the Eastern Townships of Quebec. On line registration is now open at www.kingdomgames.co with one exception, the USMS National 10 Mile Championship registration, which will open later this year or early next year.

July 30, 2015 – Eighth Annual Kingdom Swim – 15 mile, Border Buster, 10 mile, 6 mile, 3 mile, 1 mile swims for adults and youth, plus ¼ mile and 100 yard swims for youth. On Lake Memphremagog, Kingdom Swim 2016 will be the venue of the USMS National 10 Mile Championships as well asthe World 10 Mile Open Water Championship sanctioned by the World Open Water Swimming Association. Join us Friday evening before the swim for our Pirate Proemenade and a great pasta dinner under the tents. No Lanes-No Lines-No Limits!

August 5, 2016 – Sixth Annual Seymour Swim – 3.5 mile and 1.75 mile swimming only option but also part of Kingdom Triathlon. We figured, while we had the buoys up we might as well invite swimmers to join us in one of the most pristine lakes in The Americas.

August 13, 2016 – Crystal Swim – Swim to the cliffs, hang a right, swim to Moose Rock, cross the lake to the railroad tracks, head north back to Crystal State Beach. 5 miles +/- in a spring-fed marvel.

August 15, 2016 – Echo Lake Swim – Swim the perimeter once for 6 K or twice for 12 K. Echo Lake is the most pristine lake of the week, although Crystal, Caspian, Seymour, and Willoughby are right in the mix and Memphremagog and Massawippi are not far behind. Marathon Swim #1

August 17, 2016– Lake Massawippi – Ayers Cliff, QC – Meet the Mayor and swim the length of the lake between Ayer’s Cliff and North Hatley (9 miles +/-) Or swim to Blueberry Point and return. Marathon Swim #3. Bring your passport

August 18 2016– Lake Memphremagog – From The Clubhous around Bell and Black Islands, to The Slash (the border) at Province Island, east for a mile right along the international border to Eagle Point, past Cove Island on your way back to The Clubhous (6.2 miles) Marathon Swim #4.

August 20, 2016 – Sixth Annual Willoughby Swim – A no-nonsense, 5 mile swim on one of the most majestic and pristine, glacially carved lakes in the Americas.

August 21, 2016 – Caspian Swim – 3 miles to Bathtub Rock and back or 1.5 miles to The Rock, Caspian is a hidden jewel. Just a great way to end a great week of open water swimming. 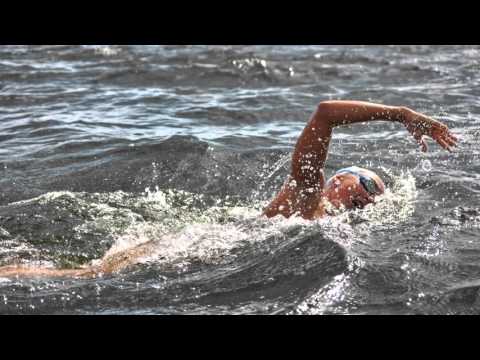 August 27, 2016 – Echo Lake Road Race & Swim – We are back at Echo for this stage triathlon with running in the morning, biking mid day, and a delicious 1 and 3 mile swim late in the afternoon. We fell in love with this lake, its surroundings, and its Lake Dwellers this summer. Very glad to spend some time running, biking and swimming it as summer winds down.

NOT ONE BUT THREE MONSTER SWIMS

September 10, 2016 – In Search of Memphre VI – An epic 25 mile, cold water “expeditionary” swim the length of Lake Memphremagog between Newport, VT and Magog, QC. To search for our legendary and swimmer friendly lake creature – To promote a more open border with our Canadian friends and family members

October 8, 2016 – Georgeville or Bust – A 15 mile, international, cold water swim between Newport, VT and Georgeville, QC. Water temps guaranteed to be below 60 F or your money back. The search continues with this one.

October 30, 2016 – Vampire Swim – Newport — Warm Blood – Cold Water – Swim the Chillies. A 25 to 100 meter cold water swim as part of an international blood drive by open water swimmers. Grab the day. Do some good. Have some fun.

NEKOWSA is a division of Kingdom Games, Inc. which hosts a series of over 30 days of running, biking, swimming, triathlon, kayaking, pond hockey, speed skating and Nordic skating events.